Sabrina Sadowska – Chairwoman
was educated as a dancer and ballet teacher in her home city, Basel (Switzerland). She was dancing at the Theater Trier, Bremerhaven City Theater and Opera Halle. Together with Ralf Dörnen, she has been directing the BallettVorpommern (Greifswald /Stralsund/Putbus) from 1997 to 2013 as Ballet Master and 1999 also as the Deputy Ballet Director. Currently she is managing director and first balletmistress of the Chemnitz Ballet. She has been active for many years at various theaters as a choreographer for theater and musical theater. Additional engagements: jury member for Supporting Grants for Dance of the Migros Kulturprozent (Switzerland), member of the board of trustees and organizational director of the TANZTENDENTEN Festival, Artistic Director of the new Festival TANZ|Moderne|TANZ in Chemnitz, curator at the Schloss Bröllin e.V., member of the presidium of the Bundesdeutschen Ballett- und Tanztheaterkonferenz (BBTK), Member of the German Art Council, Dance Section of the Performing Arts, director of the “Transition and Social Aspects” workgroup of the Dachverband Tanz Deutschland- Ständigen Konferenz e.V. 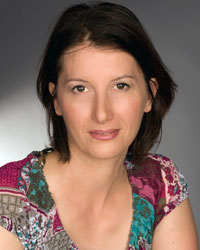 Inka Atassi – Assistant Chairwoman
graduated as a state-certified stage dancer in Hanover. From 1985 she was a dancer at the Hanover and Braunschweig State Theaters, at the Polski Teatr Ta_ca-Balet Pozna_ski, at the Halle Opera and in independent groups such as the Nick-Haberstich-Compagnie Freiburg, Compagnie Britta Hoge, among others. After a three-month course at the Lee Strassberg School in New York, she then studied Theater Studies and Cultural Studies at the Humboldt University Berlin.

Ulrike Schmidt, Ballettzentrum Hamburg
is the managing director and was born in Leverkusen. After studying business, she worked from 1978 to 1986 as a consultant for ballet and music in the cultural division of the Bayer AG and organized the International Summer Dance Festival in North Rhine-Westphalia, among others.
In April 1987 she took on the directorship of the concert and ballet department of the Salzburger Festspiele and worked with Herbert von Karajan, among others.
In 1991 she moved on to the HAMBURG BALLET. Founding member of the I.O.T.P.D. (International Organization for the Transition of Professional Dancers).
Member of the Board of Directors of the newly founded Stiftung TANZ – Transition Center Germany. Since 2003 she has been a member of the University Board of the University for Music and Theater in Hamburg. Since 2007 she has been a consultant of the “Kultwerk West” in Hamburg. 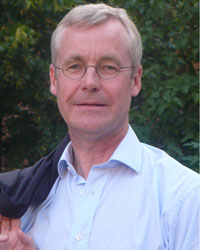