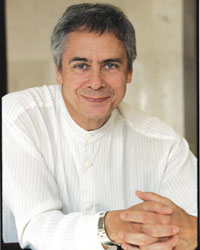 John Neumeier has been HAMBURG BALLET’s director and head choreographer since 1973; since 1996 he has also been the ballet director. He received his first dance lessons in his home town of Milwaukee, Wisconsin, where he already created choreographies at a young age. He then studied ballet in Copenhagen and at the Royal Ballet School in London. In 1963 he joined the Stuttgart Ballet ensemble, where he rose to the position of soloist. In 1969 he was ballet director in Frankfurt.
HAMBURG BALLET developed under Neumeier’s directorship into one of the world’s leading companies. Its widely faceted oeuvre reaches from a contemporary approach to narrative ballet to symphonic and religious choreographies. His latest ballets, »Le Pavillon d’Armide« and »Orpheus«, premiered in 2009. He has worked with numerous companies as a guest choreographer, among them the Royal Ballet in London, the state ballets in Vienna, Munich and Dresden, as well as the ballet of the Paris opera, the Tokyo Ballet and the National Ballet of Canada. He is a knight of the French Legion d’Honneur (2003) and has received many awards, most recently the “Herbert von Karajan Music Prize” (2007), the honorary citizenship of Hamburg (2007) and the “Deutscher Jubiläums-Tanzpreis“ (2008). 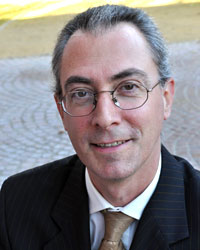 Born on January 25th 1967 in Ulm/Do.
From 1977 high school student at the Humboldt-Gymnasium in Ulm (liberal arts emphasis)
From 1979 student at the Ulm Theater ballet school
From 1982 student at the ‚John-Cranko-Schule’ and the Eberhard-Ludwig-Gymnasiums in Stuttgart
From 1983 to 1985 studied dance at the ballet academy of the ‚John-Cranko-Schule’ with a successful graduation examination
From 1985 to 1987 postgraduate studies at the Hochschule für Musik und darstellende Kunst in Munich (dance department) with a successful graduation examination; member of the junior company of the ‚Heinz-Bosl-Stiftung’
During this period, in 1986 bronze medal in the category senior/pas de duex at the Bundesdeutschen Tänzerwettbewerb (German Federal Dance Competition)
From 1987 member of the Bavarian State Opera Ballet, later Bavarian State Ballet
1993 promotion to half soloist
From 1995 to 1996 studied choreologie (dance notation/’Benesh-Notation’) at the ‚Benesh-Institute’ in London with a successful graduation examination
Then continued dance career at the Bavarian State Ballet
Since 1998 member of the staff council of the Bavarian State Opera
Since 2002 chairman of the VdO Bavarian State Association and thus a member of the federal council of delegates
Since 2002 exempted chairman of the staff council of the Bavarian State Opera, continued stage appearances as a character dancer
Since 2004 representative speaker of the ‚Konferenz der Personal- und Betriebsratsvorsitzenden großer deutschsprachiger Bühnen’ (conference for personnel and staff council chairmen of large German-speaking stages)
Since 2008 member of the federal executive board of the VdO
Since 2010 assistant chairman of the board of trustees of the Stiftung TANZ Transition Center Germany

is a cultural economist and project developer. In 1991 she founded the “Culture Concepts” office in Berlin (www.cultureconcepts.de). Research and counseling as well as project development in Germany and abroad occur at the interfaces between artistic and cultural production and economic and social processes of development.
For issues relating to culture in the context of development, she is active in Germany and abroad for national and international organizations: Federal Government Commissioner for Culture and the Media (BKM), Council of Europe, Deutsche Gesellschaft für Technische Zusammenarbeit (GTZ) mbH, Swiss Agency for Development and Cooperation (SDC), etc.
Cornelia Dümcke has written numerous academic publications as well as studies and evaluations, among them in the economy of the performing arts field. She is the author of the study “TRANSITION Zentrum TANZ in Deutschland. Projektstudie zur Modellentwicklung“ (2008) and promoted the founding of „Stiftung TANZ – Transition Center Germany“.
She is a member of the board of trustees of the Institut für Kulturpolitik der Kulturpolitischen Gesellschaft, headquartered in Bonn, as well as of the academic advisory board of the Österreichischen Kulturdokumentation. Internationales Archiv für Kulturanalysen, headquartered in Vienna. 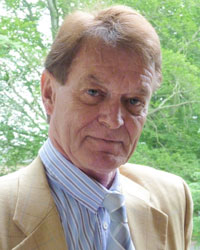 Born on February 15th 1946 in Copenhagen.
After completing his law school and business degrees, junior lawyer in the Danish Ministry of Justice and later in the Ministry of Culture. Personal aide to the Minister of Culture.
1975-1992: Personal aide to the general director of the Königliches Theater Kopenhagen, a theater with three sectors. General manager of the Danish Stage Association and the State Opera Academy.
1992-1994: administrative director, assistant director Opera House Halle/S.
Since l994: administrative director, assistant director Dresdner Musikfestspiele 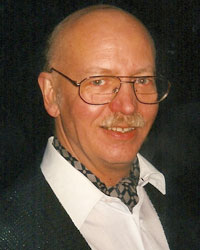 was born on July 6th 1945 in Schwerin. After graduating from high school, he studied at the Leipzig conservatory (violincello) and was then a solo cellist at the Volkstheater Halberstadt. After postgraduate studies in the field of conducting, he worked as a musical director and dean of studies and in 1982 was the musical director of the Freiberg City Theater. After the fall of the Berlin Wall, in 1991 he was appointed to director in Freiberg, and in 1993 took over the Mittelsächsische Theater und Philharmonie as director and general manager. He had the same function from 1997 – 2005 at the Theater Vorpommern. Although he then devoted himself to playing the organ, the theater did not let him go and he was involved in numerous organizations and was an interim director at the Theater Plauen/Zwickau in the 2008/2009 season. In addition to his professional activities, Rüdiger Bloch was also politically active as an unaffiliated legislator of the Freiberg city council and district council. In 1995 he was appointed to the Saxony Cultural Senate; he belonged to it until 2003.
[hr color=”light-gray” border_width=”1″ ] 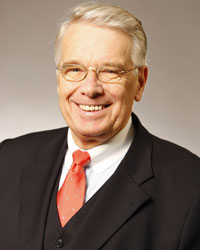 64 years old, was a Deutsche Bank employee for 46 years. His last position before retirement was vice-chairman PWM Germany. He is involved in numerous foundations and still connected to the Deutsche Bank as an advisor. 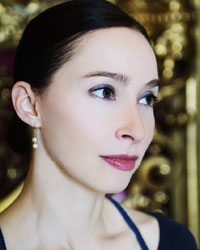 was born in Detroit, Michigan. She received her first ballet lessons from Marcia Dale Weary in Carlisle, Pennsylvania. At sixteen she began her training at the School of
American Ballet in New York. She became a member of the New York City Ballet’s ensemble. At the same time she studied at Fordham University. In 1989 she joined the Hamburg ballet, where she advanced to the position of soloist and first soloist.
She danced the major women’s roles in John Neumeier’s ballets such as Ginevra, Ophelia, Julia, Cinderella and Giselle, and developed numerous creations with Neumeier such as the role of Nina in Die Möwe. Heather Jurgensen received the Dr. Wilhelm Oberdörffer prize and was nominated for the Benois de la Danse for her interpretation of The Lady of Camellias. She had guest appearances on the world’s large stages: Moscow, St. Petersburg, Paris, New York, Vienna, Stockholm, Salzburg and at the renowned World Ballet Festival in Japan.
After ending her stage career in 2007, she began studying for her MA degree in culture and media management. Since 2011 she has been the assistant ballet director at the Theater Kiel. 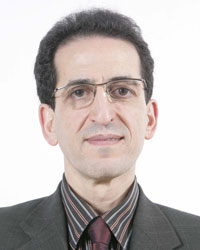 Born 1963 in Settat/Marocco, two children.
Studied stage dance at the Hochschule für Musik und Theater Hannover, diploma in 1983.
Engagements at the Staatstheater Hannover and the Essen Ballet: choreographies by Balanchine, Van Manen, Ashton Tetley, Joos, Cullberg and Cranko, among others.
From 1985 to 1993 ensemble representative of the Essen Ballet. Since 1988 chariman of Essen’s local association of the Genossenschaft Deutscher Bühnenangehöriger (GDBA). From 1988 to 1992 committee member and group advisor for dance, and from 1992 to 2003 committee member and group advisor for facilities, technology and administration in the GDBA state association board NRW. Since 2003, he has been GDBA state association board chairman NRW. Since 1995 committee member at the Bühnenschiedsgericht (mediating court for stages). Since 1990 member of the employee organization, from 1994 exempted member of the employee organization and since 2002 employee organization chairman of the Theater & Philharmonie Essen GmbH. Since 1999 member of the supervisory board and from 2001 member of the search committee for the supervisory board of the Theater & Philharmonie Essen GmbH. 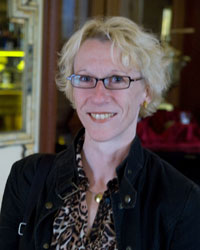 unifies her experience as a professional dancer with her medical/functional knowledge as a doctor, sports medicine expert, osteopath and spiral dynamic advanced practitioner. In her own office in Munich she treats dancers and “movement people” from all over Germany. As the director of the institute for TanzMedizin “Fit for Dance”, her focus lies on the prevention of dance injuries. She is lecturer for dance medicine at the Palucca Schule Dresden and the ZhdK Zürich. She is in demand throughout Europe as a teacher for lectures and courses on subjects relating to health in dance. She is a committee member of the International Association for Dance Medicine and Science (IADMS), Medical Adviser of the Dance Medicine Organisation Monaco, founding member of tamed, Tanzmedizin Deutschland e.V., the German-language health organization for dancers, which she has headed in the board of directors since its founding in 1997. Her book “tanzmedizin in der Praxis”, published in 2009, has developed into the German standard work for dance medicine.

Director and head choreographer for ballet at Rhein Düsseldorf Duisburg.
Martin Schläpfer was one of the most outstanding soloists of the Basel Ballet under Heinz Spoerli as well as a soloist at the Royal Winnipeg Ballet. In 1994 he took on the direction of the Bern Ballet. 1999-2009 he headed ballettmainz, which he had formed and catapulted into the first row of German ballet companies within a short period. In addition, he created works for the Bavarian State Ballet and the Netherlands National Ballet. Since 2009/2010 he has been directing the Ballett am Rhein Düsseldorf Duisburg, which has been celebrated by the press and audience since his first season there.
Martin Schläpfer has received numerous awards, among them the Kunstpreis des Landes Rheinland-Pfalz, the Gutenbergmedaille der Stadt Mainz, the dance prize of the Spoerli Foundation, the Prix Benois de la Danse 2006 and the German theater prize Der Faust. Martin Schläpfer belongs to the jury for the Kurt Jooss prize, the academic committee of the research institute for music theater of the Universität Bayreuth as well as the boards of trustees of the Stiftung TANZ – Transition Center Germany and the Kunst- und Kulturstiftung der Stadtsparkasse Düsseldorf. 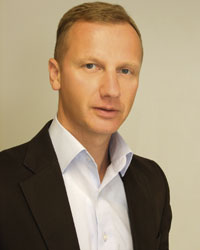 dance historian, dance writer
1986-1991 studied choreography and theater studies at the Theaterhochschule „Hans Otto“ Leipzig, Diplom theater scientist with a specialization in dance studies.
Doctorate from the Universität Bremen on the subject: influence of politics on the structures and contents of dance education.
Since 1995 teaching in professorships for dance dramaturgy and dance history at the Palucca Schule Dresden and the Hochschule für Schauspielkunst „Ernst Busch“ Berlin.
2003-2007 Assistant artistic director for the stage dance department of the Staatliche Ballettschule Berlin und Schule für Artistik.
Since 2007 director of the Staatliche Ballettschule Berlin und Schule für Artistik.
Publications (books, films, exhibitions), above all on recent dance history. 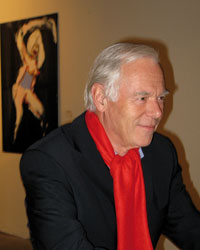 born in 1937, education and activity in the field of business, later studied social education and many years of work in the justice field; then Abitur and studies in psychology with an emphasis in business and organizational psychology. Then a leading position in the Bavarian department of justice, thus well acquainted with the way administrations and state agencies think. Many years of volunteer work in boards of directors of non-profit organizations, mostly in the hospice field. He discovered dance at a relatively late point and has become an enthusiastic dance fan: classical, modern or dance theater. After retiring in 2002, work as a psychotherapist and supervisor.